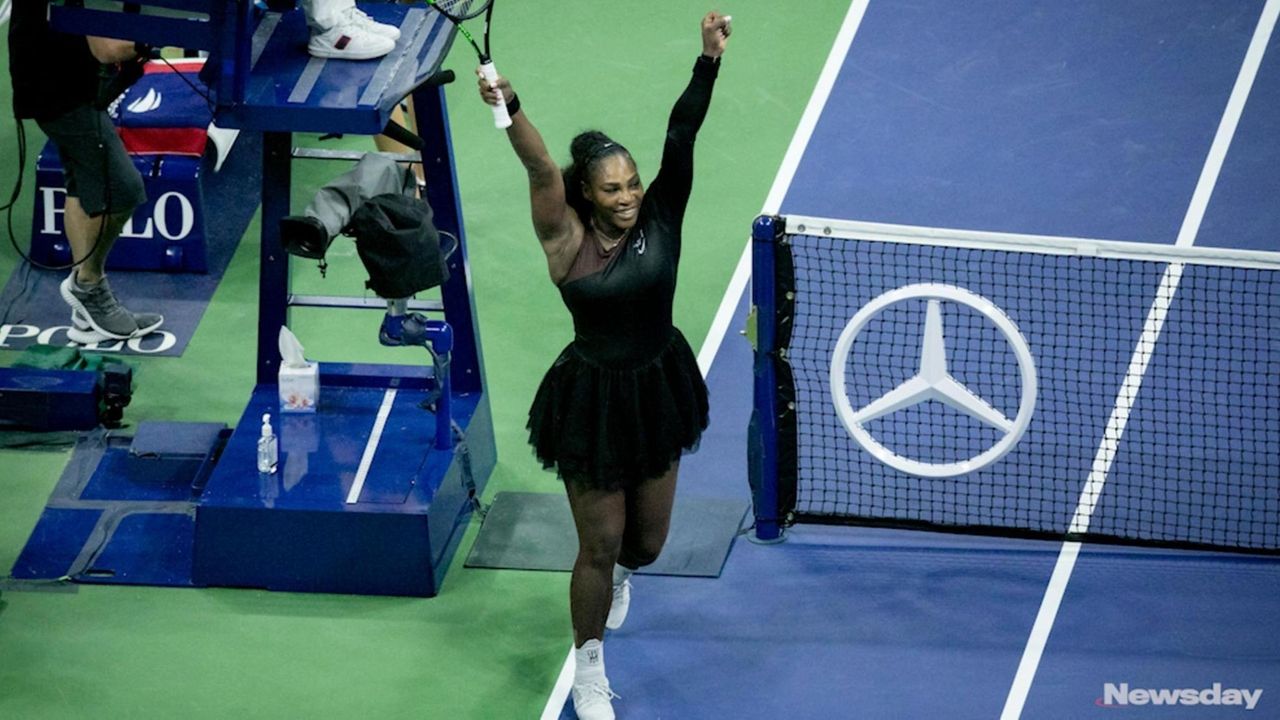 On Tuesday, September 4, 2018, Serena Williams dominated at the U.S. Open yet again, beating Karolina Pliskova in the quarterfinals (6-4, 6-3). This victory sets her up to face Anastasija Sevastova in the semifinals this Thursday.  Credit: Newsday / Yeong-Ung Yang

It all seems to be falling in place for Serena Williams.

Playing her best tennis since giving birth to her daughter last September, Williams surged into the semifinals of the U.S. Open with a 6-4, 6-3 win over No. 8 seed Karolina Pliskova Tuesday night.

After a sluggish start, Williams won eight straight games against the player many though could derail her bid to win her 24th Grand Slam. Pliskova beat Williams two years ago in the U.S. Open semifinals and was the last top 10 player remaining in the tournament.

“The crowd was really rooting for me, and I felt so bad because everyone out here was cheering and I wasn’t winning,” Williams said after the match of her slow start. “I started thinking, ‘I have to try harder.'

"I really feel like right now I'm playing free. I was having a baby this time last year so I have nothing to prove."

Williams, 36, is playing like the favorite. Next up is Latvia’s Anastasija Sevastova, the tournament’s 19th seed. Sevastova defeated No. 3 seed and defending champion Sloane Stephens earlier on Tuesday.

Williams was not ready to declare Tuesday that she has returned to pre-pregnancy form, but Pliskova certainly thinks she has.

“I think it's pretty similar, I would say,” Pliskova said. “I don't feel any difference. She's playing with the same power. She can still serve well. I don't think there's any change with her game. She's just going for her shots.”

At first, it looked as though Williams was going to have a tough time with Pliskova. Williams was broken early, but with Pliskova serving at 4-3, Williams broke back to get control of the match. Williams finished the serve with 13 aces to Pliskova’s three

Williams' win Tuesday was her first win over a top 10 player since returning from maternity leave though she did reach the final of Wimbledon in July.

Serena said before the tournament that she felt she had more fire in her belly. As she headed into Tuesday night’s match, she elaborated on that.