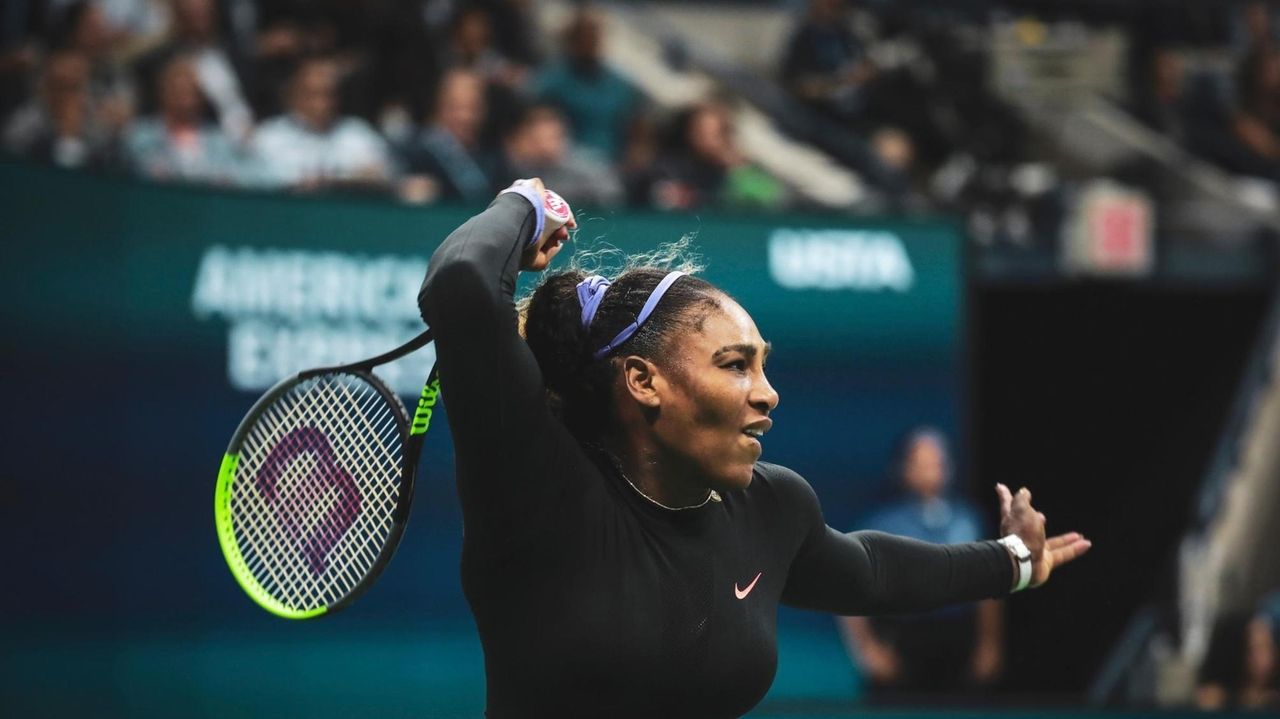 Serena Williams, who got her first Grand Slam victory at the U.S. Open two decades ago, will be playing for a record-tying 24th major title on Saturday. She earned that right with an overpowering 6-3, 6-1 win Thursday night over Ukrainian Elina Svitolina in the U.S. Open semifinals at Arthur Ashe Stadium. Credit: Newsday / Yeong-Ung Yang

Once again, that’s how Serena Williams looked Thursday night as she completed her steamroll into another U.S. Open final with a 6-3, 6-1 win over No. 5 seed Elina Svitolina in the semifinals at Arthur Ashe Stadium.

Williams now has a date with history Saturday when she will attempt to tie Margaret Court’s record by winning her 24th Grand Slam title. Williams will play 19-year-old Canadian Bianca Andreescu, who beat Switzerland's Belinda Bencic, 7-6 (3), 7-5, in Thursday night's semifinal.

It will mark Williams’ 10th appearance in a U.S. Open final, beating the record of nine that she had shared with Chris Evert. The win Thursday was also her 101st at the U.S. Open, tying Evert’s record.

“I don’t think about the numbers. I just come out here and try to do what I can,” Williams said after the match.

Well, there’s one number you can bet Williams is thinking about quite a bit. And that’s 24 Grand Slam championships.

Williams has not won a Grand Slam event since taking time off for the birth of her daughter two years ago. Her last win in a major was at the Australian Open in 2017, when she was eight weeks pregnant.

Williams was a finalist at Wimbledon last year and this year. She was a finalist in the U.S. Open last year, but lost to Naomi Osaka in a controversial match that featured three code-of-conduct violations.

Williams, however, has looked determined to put the soap opera of last year’s loss behind her.

Williams, the No. 8 seed, began the tournament with a surprise matchup against Maria Sharapova, a longtime rival whom she had little trouble beating in straight sets. Only one opponent, American Caty McNally, has been able to win a set against her this tournament.

Though her most dominant match was a 44-minute drubbing of China’s Qiang Wang in the quarterfinals, Thursday’s win against Svitolina was easily her most impressive.

Svitolina, a semifinalist at Wimbledon in July, had lost to Williams in four of their five previous meetings. The 24-year-old, however, had won their most recent match at the 2016 Rio Olympics and many thought she had the potential to challenge Williams in the semifinals.

Williams didn’t open the match playing her strongest, but she won the big points. Williams jumped to a 3-0 lead in the first set after Svitolina failed to capitalize on eight game points. Leading 5-3, Williams held serve to win the set and rattle Svitolina, who put up no resistance in the second set. All told, Williams overpowered the Ukrainian with 34 winners.

“I think she knows what she has to do, “ Svitolina said. “She has unbelievable strength. She gives lots of power. There’s lots of power behind her shots all the time. That’s what makes her unbelievable, legendary tennis player.

Williams won her first Grand Slam championship here 20 years ago in 1999 when she was 17 years old and has always considered this tournament and its fans special. If she wins here on Saturday, it would give her a record seven U.S. Open titles. Williams is tied with Chris Evert for most U.S. Open titles in the Open era, male or female.

It would also make her the oldest player, male or female, to win a Grand Slam event in the Open era. Williams, who is just a few weeks away from turning 38, would pass the record of Ken Rosewall, who won the 1972 Australian Open at 37 years and 62 days old.

Best: Martin was the Isles' best man in Game 4 win
Isles-Lightning Game 4 recap: Key stat, turning point, more
KD's 48 points not enough as Nets fall in OT to Bucks, losing Game 7 and series
Isles turn back furious Lightning push to even series at 2-2
NYCFC again drops points at home, gives up late goal in loss to Revs
Lindor hits 2 HRs in Game 1 as Mets split doubleheader with Nats
Didn’t find what you were looking for?