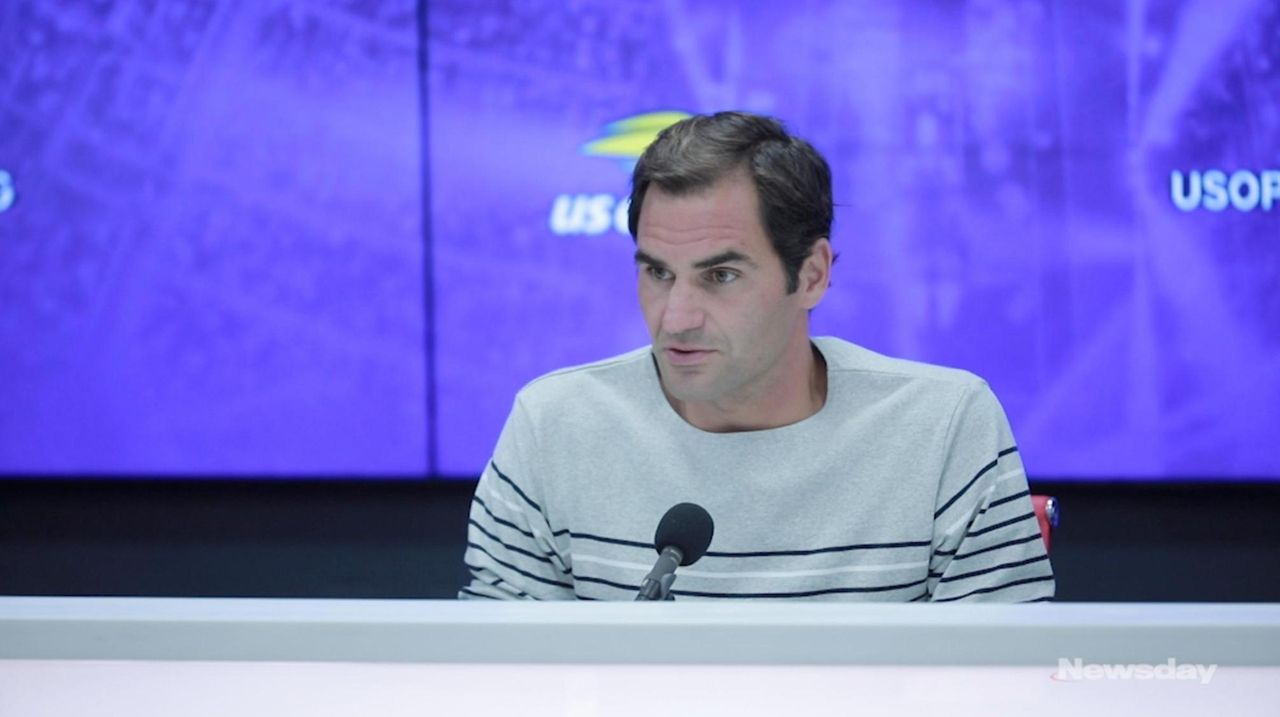 To play Roger Federer is to stand in the way of the man’s pursuit of yet more success — and regularly get run over. That certainly was the case Sunday for Belgian David Goffin, the U.S. Open’s No. 15 seed, steamrolled by Federer, 6-2, 6-2, 6-0.

It lasted only 79 minutes, the shortest men’s match of the tournament. Federer, the Swiss Army Knife of tennis, took apart Goffin as if using a blade, screwdriver, toothpick, tweezer and can opener.

“It’s tough,” Goffin said after losing for a ninth time in 10 career matches against Federer, “because against him, you don’t know why you miss easy shots. You miss everything, and you absolutely don’t know why.”

Sunday’s result put Federer through to a Grand Slam quarterfinal for the 56th time, a record in the open era that dates to 1968. Already with more major tournament titles than any man in the sport’s history, 20, Federer is closing in on Jimmy Connors’ mark of 1,274 career match victories. (Federer is up to 1,226).

And he was reminded how Connors, in spite of those overwhelming numbers, recently estimated that he played only five perfect matches in his life.

“I feel I’ve had more than five,” Federer said. “I see what he’s saying. If you’re talking about absolute pinnacle, seeing the ball like a football, everything is happening, going your way, you feel like you’re reading the opponent’s mind, yes, maybe around that number. But I feel I’ve had many good finals or moments where, like, I’m just not going to lose this match.”

The most memorable, he guessed, was the Open final in 2004, the first of his five consecutive titles at Flushing Meadows. On that occasion, he dismantled Australian Lleyton Hewitt, 6-0, 7-6 (3), 6-0.

On Sunday? “Look, sometimes these scores just happen,” he said. “You catch a good day, the opponent doesn’t, then things happen very quickly.”

He already has set the standard for holding the world No. 1 ranking for the most weeks overall (310) and most consecutive weeks (237). His combined total of tour and major titles (102) also is second only to Connors’ 109. He is one of only eight men who have won all four major tournaments — Australian, French and U.S. Opens and Wimbledon — and the numbers keep growing.

“So yeah, I think I use them at the right times for motivation. I always try to remind myself it’s just a side story. What happened on the court today was more important.”

And really dangerous for Goffin.

Manning's jersey to be retired by Giants on Sept. 26
Best: Who were those guys? Certainly not the Islanders
Isles on brink of elimination after embarrassing 8-0 loss in Game 5
Jacob deGrom allows no runs, one hit as Mets split doubleheader
0:35
Fans attend Isles-Lightning watch party at Nassau Coliseum
0:35
Like Isles fans, Denis Potvin couldn't resist Coliseum watch party
Didn’t find what you were looking for?