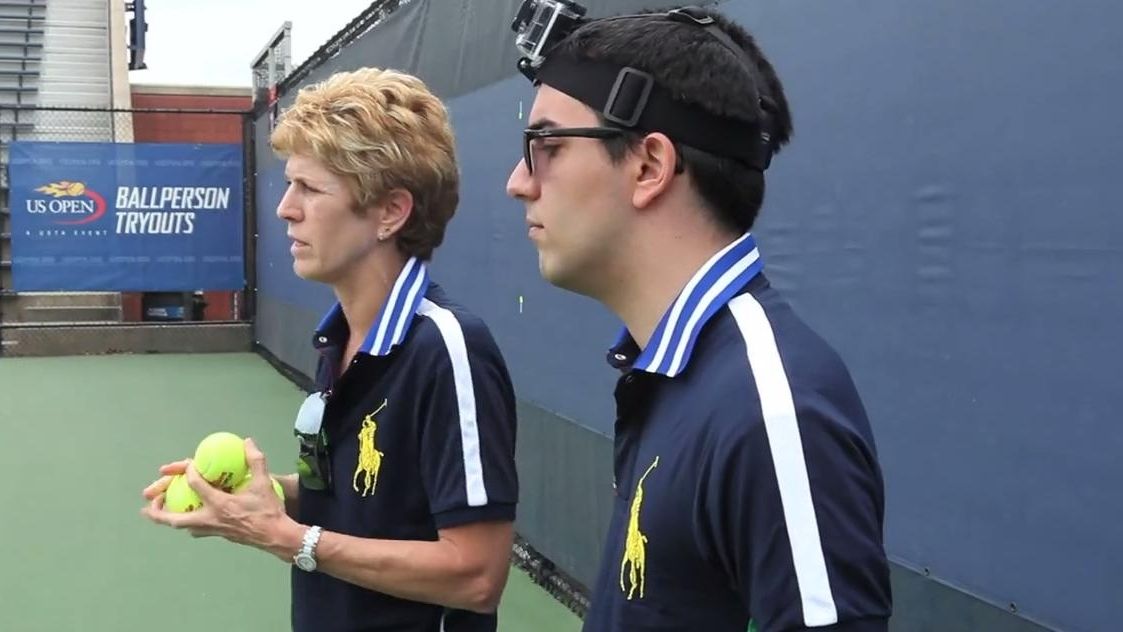 Reporter Nick Klopsis found out what it's like to crouch, run and throw during a media-event tryout for those fast-moving jobs clearing out stray balls at the U.S. Open. His reflection after the mock tryout June 19, 2014 at the USTA Billie Jean King National Tennis Center in Flushing? Exhausting!  (Credit: Newsday / Sandra Stelmach)

Forget the toss. Ballpersons will roll balls on court at the U.S. Open, opting for the technique used at the other three Grand Slam events.

The U.S. Tennis Association announced Thursday it will drop the throw to broaden the pool of applicants for tryouts, which begin Tuesday at the USTA Billie Jean King National Tennis Center.

Tina Taps, director of U.S. Open ballpersons, says the change will put more focus on speed and agility as “important attributes for a ballperson, along with overall court awareness.”

More than 100 ballperson positions will be up for grabs. Those 14 and older are eligible to try out.

The U.S. Open will feature a new 14,000-seat Louis Armstrong Stadium with a retractable roof. The two-week event begins Aug. 27.

U.S. Open ballperson tryouts no day in sunThe sweat poured from my forehead and down my neck, a leaky faucet that had ...

Trotz receives valuable info on COVID shutdowns from Ottawa coach
Will MLS Cup appearance help NYCFC get its own stadium?
Nets face challenge of containing Doncic in road trip opener
Watch Talles Magno's go-ahead goal for NYCFC
Mets facing competition from A's in managerial search
The QB irony of Chargers vs. Giants this week
Didn’t find what you were looking for?