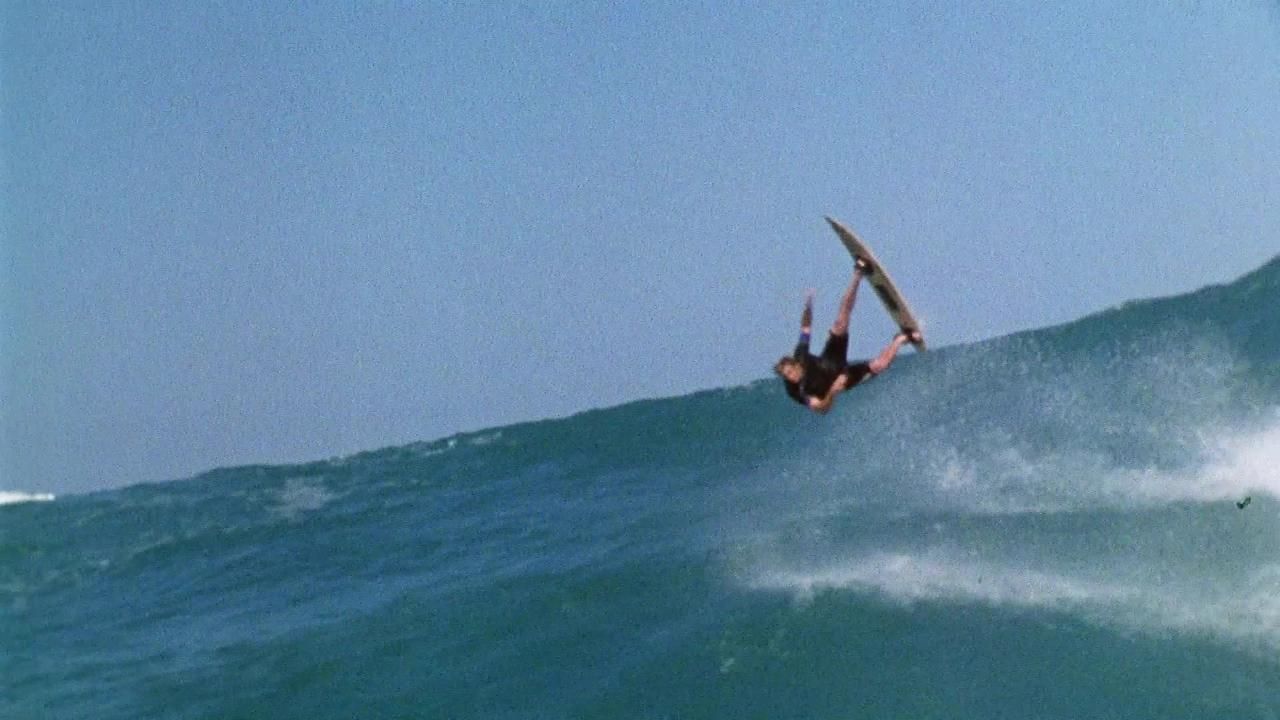 Rory Kennedy naturally would be pleased if you watched her new documentary, “Take Every Wave: The Life of Laird Hamilton,” on any platform. But all else being equal, there is one platform that is best.

“We put a lot of effort into getting this to have a theatrical release, because we all felt that probably more than any film I’ve ever made, you really want to see it in a big theater with great sound to really experience it,” she said.

“So I hope that people will go and get out of their homes and go to the theater and watch the film on a big screen.”

That is not just filmmaker hype. It is objective logic when your film concerns the most famous big-wave surfer of our time, and the footage that documents his adventures is as big a part of the drama as Hamilton’s life story itself.

The good news for Kennedy is that Hamilton and his surfer pals compiled hundreds of hours of it over the decades – for a time it was their business model – so the challenge was less finding eye-popping footage than sifting through it.

“It was great,” said Kennedy, whose past films as a director include “Ethel,” about her mother (she is the youngest child of former U.S. Senator Robert Kennedy) and “Last Days in Vietnam.”

“About five or six months into the edit we got about 800 new hours of material, and that was toward the end of our editing period, so we had to start all over again. So we were kind of overwhelmed with the amount of material.”

At multiple points, an old story will come up in the film, and magically there is video to match it perfectly, even from decades ago.

“We really used the archive to help figure out what stories we wanted to tell, because we wanted to make the best use of that footage,” Kennedy said.

“It’s a surf film and there’s really cool, great surfing footage that people haven’t seen before. Then we also dug pretty deep to find some other footage, photos that no one had seen before.”

The film is about more than big waves themselves. It is about Hamilton, 53, still an individualist and iconoclast after all these years. Hamilton, his wife, Gabrielle Reece, and many key figures from his surfing past and present appear in the film.

“I think that he himself is a character that’s kind of transcended the surf world into other areas where he’s got a wider influence and appeal,” Kennedy said. “I think that’s part of it, and I think his story is pretty original and has a lot of facets to it that are pretty fascinating such that I hope will have a wider appeal.

“To me he is one of the great individualists and he’s really forged his own path. He doesn’t adapt to whatever the culture and climate is wherever he is. He is somebody who had a dream very early on and pursued it with all his might and gusto and moxie.”

There are points in the film that delve deeply into surfing arcana and politics and might challenge those not immersed in the sport. But it never takes long to get back to the waves.

Kennedy said she was approached by a mutual friend who thought Hamilton would be a good subject. She was intrigued, even though she has focused more in the past on social issues than athletic ones.

“The truth is I’ve always been fascinated with surf movies, ski movies, those extreme sports in nature activities,” she said.

Kennedy, 48, moved with her husband and three children from Brooklyn to California eight years ago, and since has dabbled in the sport.

“I have surfed a few times since I’ve been out here,” she said. “I would not consider myself a surfer, but I love it.”

One of the keys to the film was getting the trust of the tight-knit surfing community.

“It’s fascinating; now living in California I have a better sense of it,” she said. “It was a very foreign entity to me, and understanding the politics of it and the rules and how it works and what it breeds is part of the larger context of the film.”

From there it was a matter of sorting out the tsunami of wave video.

“He really wanted to pursue surfing and to document what he was doing and try to capitalize on that. There is a lot of Laird footage out there.”

“Take Every Wave: The Life of Laird Hamilton” had a screening in Montauk in August and has been shown at several festivals. It became available on video demand on Friday and will open in theaters in New York on Oct. 6.

Wider release, perhaps including Long Island, is set for Oct. 13, but Long Island theaters have not yet been announced.