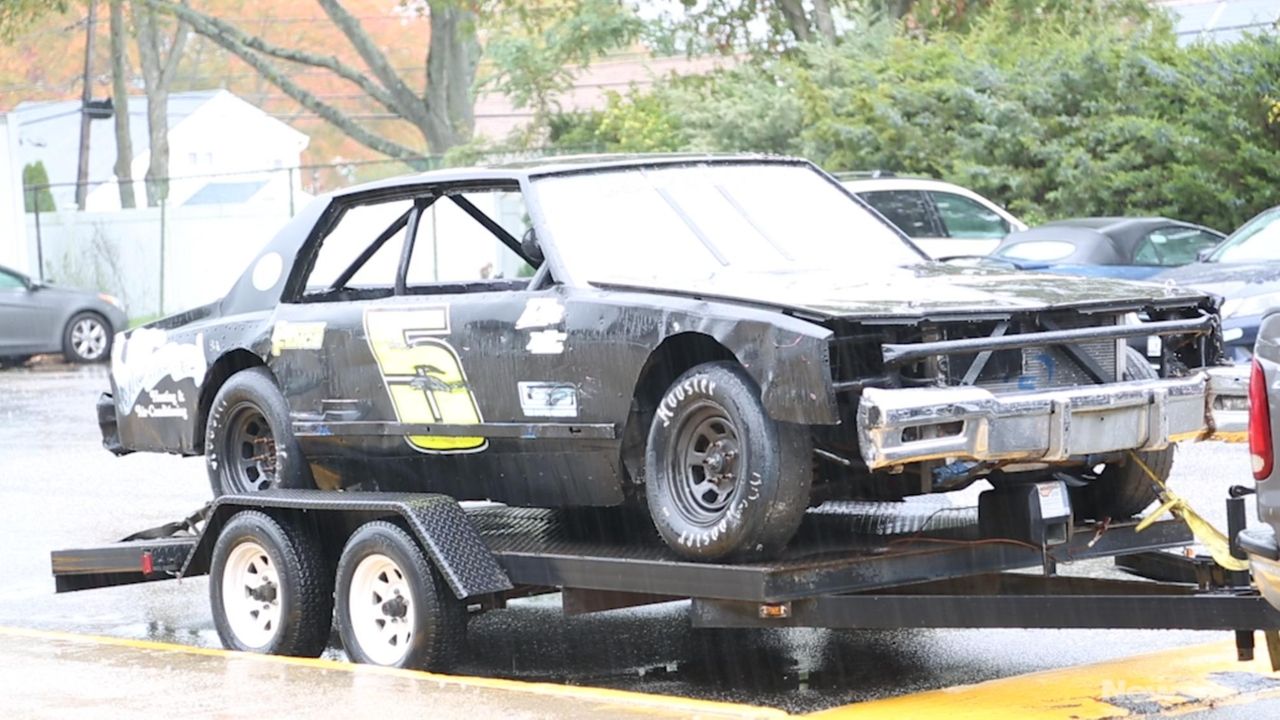 On Thursday, Oct. 26, 2017, race car driver Alyssa Paprocky spoke to Centereach High School students about following their dreams and not letting anyone tell you that you can't do anything because you are a girl. Paprocky, 23, is a Blunderbust race car driver at Riverhead Raceway. Credit: Joseph D. Sullivan

“I don’t think that there’s anything in this world that a girl can’t do that a guy can do, and racing is one of them.”

Alyssa Paprocky, 23, the sole full-time female driver in NASCAR events at Riverhead Raceway, visited Centereach High School on Thursday to share her story and be an advocate for gender equality.

“One thing I say all the time is that it doesn’t matter if you’re a girl or guy, when you get in the car, you don’t know if it’s a girl or a guy,” said Paprocky, who completed her first season at Riverhead, where her best finish was seventh in a field of 16.

Paprocky was raised around cars. Her father, Joseph, sponsored cars at Riverhead Raceway and worked in shops owned by her grandparents, sparking her love for the auto world.

“Growing up I was always that girl that played Hot Wheels and not Barbies,” Paprocky said.

In 2013, Paprocky and her father decided to own a race car.

“Racing is mostly a male-dominated sport,” she said. “People expect you to fail, they expect you to not do so well, and by having that drive you’re pushed more to want to do better and want to prove them wrong and prove that you can race with the guys, just like they can race with you.”

Off the track, Paprocky works as a service adviser and warranty administrator for a commercial truck shop. Originally, her job was taking care of filing. After moving up the ranks at a fast pace, Paprocky now is part of the servicing department.

Paprocky said she finds more challenges working at the shop than she does when she is behind the wheel.

“If I call someone and tell them they need $5,000 worth of work on their truck, they say, ‘Oh no, you don’t need to do all that, that’s not what it is’ and they question me,” she said. “I put them on hold and get my manager on the phone. My manager is a guy and he says exactly the same thing I say and they then tell me go ahead with the repairs.”

Paprocky added that she never thought she was ever going to be a role model to anyone.

“I have little girls who come up to me in the track and I’ll let them sit in the car, and I always go ‘When I’m done with this car, you’re going to drive it, right?’ ” she said. “Their face lights up and they say, ‘yeah! I want to drive.’ And if one of those girls decides in five or 10 years that they really do because they sat in the car, that’s all that I can ask for.”

McIntosh nets five goals as Hofstra men's lacrosse reaches CAA final
Kennedy's 7 goals spur SBU women's lacrosse to America East semi win
1:50
How Yankee Stadium reacted to Altuve's game-changing homer
1:50
Altuve sidelines boobirds with HR off Green to beat Yanks
Knicks have case of amnesia after forgettable debacle in Denver
No. 2 seed would be nice, but Nets just want to get better
Didn’t find what you were looking for?