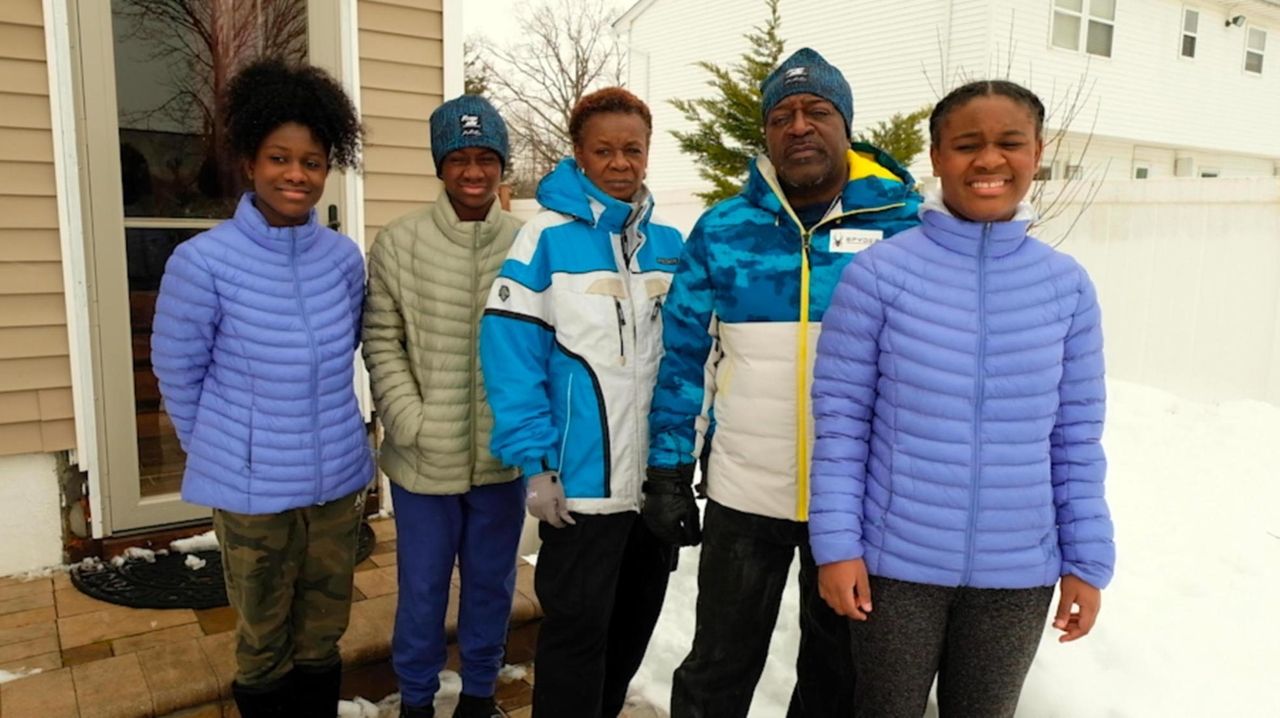 President of the National Brotherhood of Skiers Henri Rivers spoke to Newsday about the lack of diversity and outreach in skiing programs.  Credit: Jeff Bachner

Skiing, despite the cold, the travel and the high cost, offers an attraction few sports can rival. In a word: "Freedom," said Henri Rivers, of West Babylon.

Rivers is president of the National Brotherhood of Skiers, founded in 1973 to encourage more Black people to ski and to develop Olympic competitors.

Black ski club officials say fewer people from their communities hit the slopes due to socioeconomic factors, lingering prejudices and a long-standing lack of outreach from resorts.

"I don't believe that the snow sport industry has marketed to our communities at all," Rivers said. "It's always been an exclusive sport … and it has never been inviting for people of color, or African-Americans for that matter."

These have included Arthur Ashe, the U.S. Open champion in 1968, and Althea Gibson, who won the U.S. Open 10 years before him. And in 1957, Gibson was the Wimbledon singles and doubles champion.

For decades, ski groups and resorts have mostly catered to white people, but there are a few signs of potential change.

Some ski resorts are contacting Black ski clubs to address the reasons that keep Black people from skiing, said Maxine Spence, president of Sno-Burners Ski and Sports Association, a New York nonprofit and one of the 13 clubs that founded the Chicago-based National Brotherhood of Skiers.

This has been in response to the nationwide protests over systemic racism after the death of George Floyd at the hands of a Minneapolis police officer last year, Spence said.

"The ski industry … had Zoom meetings with us to discuss 'How we want to do better,'" she said.

U.S. Ski & Snowboard, a Park City, Utah-based group that funds athletic programs, in 2017 founded a Diversity, Equity & Inclusion Committee "to increase racial, ethnic, gender, and socioeconomic diversity at all levels of skiing and snowboarding," according to its official website.

Unfamiliarity with the sport, as well as its high cost — from equipment to clothing to lift tickets to travel, lodging and food — all are hurdles. A three-day lift ticket for an adult cost costs $357 at Vermont's Stowe Mountain Resort this week, the resort's website says.

Ski resorts could use new customers. The number of skiers in this country in the last winter season, shortened by the COVID-19 pandemic, fell 3.6% to 14.3 million. Black skiers were 6.9% of last winter’s participants, less than the 9.9% share of Asian and Pacific Islanders, and the 13.1% participation rate for Hispanics, according to the Ski Industry Association, a nonprofit trade group in Park City, Utah.

"While I’m sure most everyone in our industry believes they are tolerant and welcoming, we need to acknowledge that there are parts of the culture of our sport that are clearly not inviting," he said.

"Maybe the image we have created of the mountain lifestyle needs to be more varied," he added. "Maybe, as a fairly close-knit and passionate group of skiers and riders, our community carries a deep implicit bias." He continued: "It would not be a stretch to call us a clique."

"Helaina, one of the three 13-year-old Rivers triplets who all compete in ski races, said she had not encountered outright discrimination." Not really," she said. "The people that we ski with … they just treat us like we're normal people."

This year, the resorts have another incentive to find new customers closer to home.

"Everything comes down to the dollar," Spence said. "People who would fly in from Europe as they had in the past no longer can do that because of the pandemic."

Marketing to areas with large Black populations could make a difference, said Rivers.

Cottman, just back from shepherding children from the tristate area through a Winter4Kids program at Hidden Valley in New Jersey's Vernon Township, said: "They have realized, if they are going to survive, they have to [get skiers from] down the socio-economic ranks and include more people who make less money."

The Rivers family, who are regulars at Windham Mountain upstate and also ski in Colorado, found it easy to explain what motivates them.

Said Henniyah, another of Rivers' 13-year-old triplets: "I feel free when I ski. And it’s really fun."

Agreed her father: "You know, I’m not a religious person … I'm very spiritual; I don’t go to church, but when I get on top of a mountain early in the morning, I’m the only person there."

Heated rooftop cabins, drive-in movies more fun in NYC this season
America's newest national park is a hidden gem
Pandemic forced sweeping changes in travel. Experts argue these should stay.
Snowmobile spots in NYS for thrill-seeking LIers
How to find a travel adviser amid a pandemic
Can Americans book European travel in 2021? Here's what experts predict
Didn’t find what you were looking for?