The death of Thomas Valva, the East Moriches Elementary School third-grader who died Jan. 17 after his father and his fiancee allegedly forced him to sleep overnight in the family's unheated garage, has spurred multiple investigations and sparked outrage across Long Island and beyond. Here is a look at some key moments in the case and its aftermath:

NYPD officer Michael Valva and Justyna Zubko-Valva, a Polish immigrant who came to the United States on a student visa in 2002, are married.

The couple gives birth to their first son, Anthony.

The relationship between Valva and Zubko-Valva was frayed even before Thomas was born, according to court records. Zubko-Valva reports she has suffered verbal and financial abuse from her husband during a Feb. 4, 2011, intake appointment at Safe Center LI, the Nassau County agency that provides support to victims of domestic violence. Safe Center officials determine that Zubko-Valva qualified for services, according to court records. 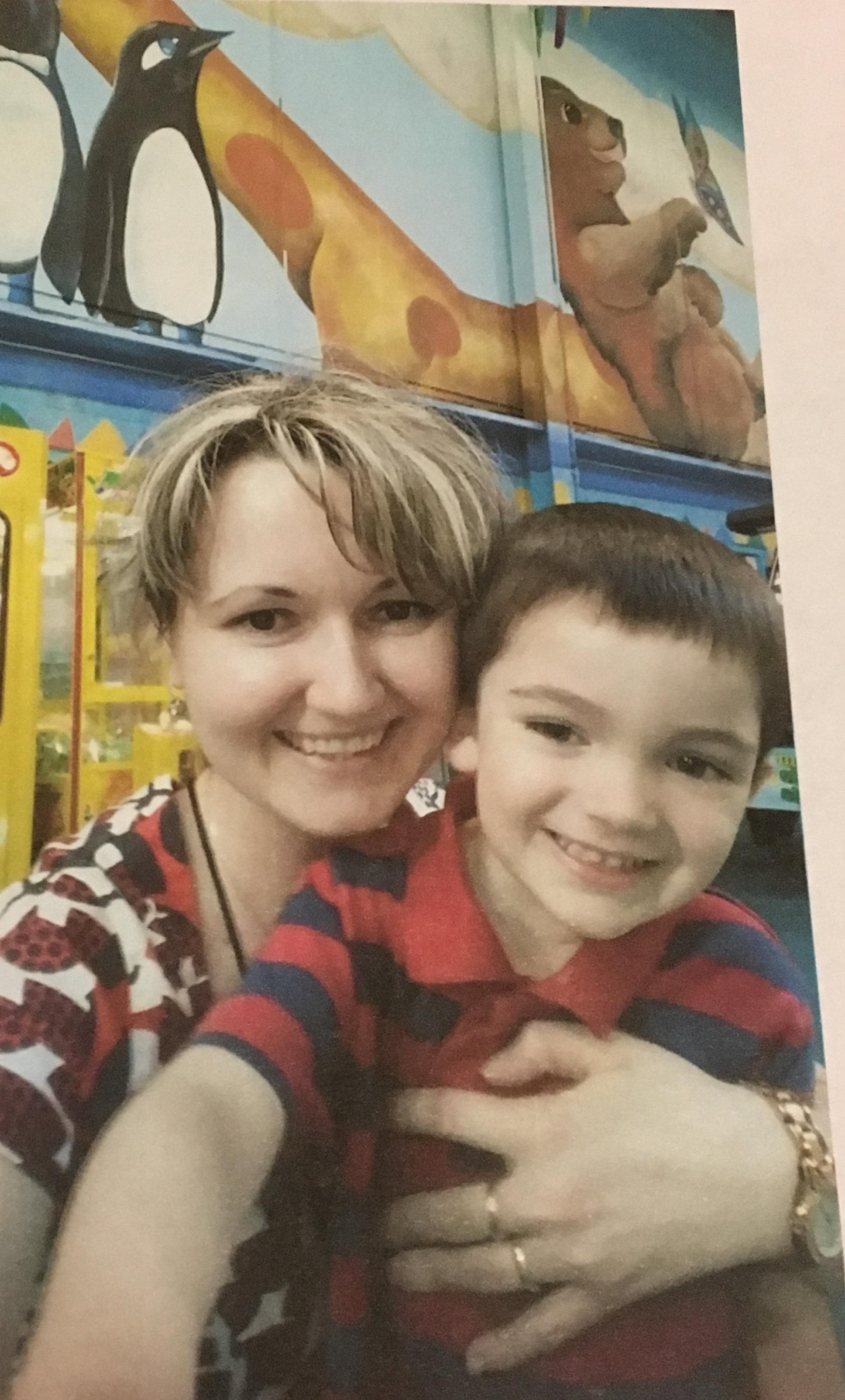 Thomas Valva is born Sept. 14. He and his brother Anthony, two years older, would later be diagnosed with autism. Photo credit:Justyna Zubko-Valva

A third son, Andrew, is born.

Valva moves out of the family's Valley Stream condominium late that year. Zubko-Valva accuses him in court papers of abandoning her and the children. She claims her estranged husband has been having an affair with Angela Pollina, a hospital administrator and mother of three daughters. Valva and Zubko-Valva initiate divorce proceedings in 2015, the beginning of a long, contentious legal battle.

Zubko-Valva tells Nassau Child Protective Services that Valva abuses the boys, according to court transcripts. She tells Judge Francis Ricigliano during a hearing that her sons come home extremely hungry and thirsty after visits with their father. She claims Valva didn't get medical attention for Andrew when the boy had a 102-degree fever. Also that month, Judge Francis Ricigliano appointed Dr. Peter Favaro to conduct a forensic evaluation of Zubko-Valva, Valva and the children.

Anthony and Thomas are enrolled by their father in East Moriches Elementary School, where the staff expresses concerns about abuse. Special education teacher Nicole Papa writes in a memo titled "Valva Family Concerns" that the boys are not getting enough food to eat. Anthony looses 11 pounds in nine months, she writes, while Thomas gains just one pound in the preceding 20 months. Both come to school several days in a row with dirt on their bodies, Papa writes.

CPS reports that a social worker meets with Thomas, who has a mark under his eye. Thomas says his mother did it, but could not elaborate. When asked about an accusation that his father punishes the kids by putting them out in the cold, Thomas denies it. His brother Andrew also says his mother hurts him and that he is afraid of her. Both Valva and Pollina adamantly deny to CPS they ever make the children stand out in the cold as a form of punishment. Additionally, in an interview with a caseworker, Thomas said that his mother bit him on the arm. He lifted up his sleeve but there were no marks. He said his mother hits him and demonstrated by standing up and slapping himself on the behind several times. He said he doesn't like to visit his mother's house because, "Mommy hits me and makes me sad."”

CPS says Zubko-Valva is "indicated" for inadequate guardianship of the boys, citing her deteriorating mental state. Meanwhile, a CPS report states an investigation produces evidence to show the actions of Valva placing the six children (his boys and Pollina's three girls) at risk of becoming physically, mentally and emotionally harmed. They find inadequate guardianship.

Suffolk Family Court orders Valva to refrain from acts that create an unreasonable risk to the three boys.

Valva completes a parenting skills program. That same month, school psychologist Renee Emin writes a note stating the biggest concern is that Valva and Pollina do not understand the depth of Thomas' and Anthony's disabilities. She also notes the boys are afraid to go to the nurse's office because Valva and Pollina tell them not to go there. She also mentions Thomas having multiple bruises on his bottom, which she's told are from Valva.

CPS interviews the school psychologist, who reiterates her concern about Valva not understanding the boys' needs. The school also expresses concerns about Anthony's weight loss, and says the boys have been picking food up from the floor and constantly asking for snacks. They also note changes in their language skills and social behaviors.

A report to CPS states that for at least a week, Anthony has come to school with his clothes and backpack soaked with urine, and that Valva and Pollina are not addressing the issue.

A report to CPS states Valva and Pollina are telling Anthony to act out in school and on the bus, that they want him transferred to another special school. According to the anonymous report, Valva and Pollina do not adequately feed Thomas, the children are losing weight and the father punishes Anthony by putting him in the garage for long periods.

A report to CPS states Valva throws a book bag at Thomas' head and the boy sustains a bruise and bump on his forehead. A few days later, CPS reports that Anthony throws the bag at Thomas' head and no safety risks are found; no plan is put in place. Pollina is uncooperative and says she feels they are being harassed by the school. She doesn't want the children to be interviewed at school or by CPS.

The divorce proceedings continue before Nassau Judge Joseph Lorintz. Zubko-Valva objects to the appointment of a new person to perform a forensic evaluation of herself and Valva, saying the woman is not qualified. She notes she has not seen her children in 18 months. Zubko-Valva repeats her assertions that her children are being abused in the home of her estranged husband. She says that Anthony is sleeping in the cold garage and not being fed.

Wieslaw von Walawender, a friend and advocate for Zubko-Valva, writes a 12-page letter to Judge Vito Caruso, deputy chief administrative judge responsible for overseeing operations of local town and village courts. Walawender complains about the treatment of Zubko-Vala by Judge Lorintz and requests the judge be removed from the case and the judicial bench. He also requests that the Valva children be removed from the home of their father.

In a letter dated Jan, 16, a senior court analyst responds to Walawender's letter to Judge Caruso. He refers Walawender to a response from a separate court, which essentially says the court cannot discuss the case with him because he is not a party to it. The next day, Jan, 17, Suffolk Police officers respond to the Valva home on Bittersweet Lane in Center Moriches at 9:40 a.m. after receiving a 911 call reporting that Thomas has fallen in the driveway.

Thomas is transported to Long Island Community Hospital, where he is pronounced dead.

An investigation by Suffolk police homicide detectives reveal that Thomas and Anthony had been forced to sleep without blankets, mattresses or pillows in the garage on the night of Jan. 16, when the temperature outside had dipped to 19 degrees. The Suffolk County medical examiner determines Thomas' cause of death to be hypothermia.

Valva and Pollina are arrested by Suffolk police Jan. 24. An indictment unsealed Feb. 6 charges Valva and Pollina each with second-degree murder and four counts of endangering the welfare of a child. Both plead not guilty at their arraignment Feb. 6. If convicted, they face up to 25 years to life in prison. Valva tells a Suffok Family Court judge that he has been fired by the NYPD. Police said he was suspended without pay. Photo credit: James Carbone

Michael Valva resigns from the New York City Police Department, which had suspended him with no pay pending the criminal case against him.

Didn't find what you were looking for?