With Cuomo's exit, pols look to kill, change or jump-start his plans

How about changing the name from the Mario M. Cuomo bridge back to the Tappan Zee Bridge?

The list of Cuomo initiatives that some lawmakers and activists want accelerated, altered or outright undone is growing as Gov. Andrew M. Cuomo nears the end of his tenure and Lt. Gov. Kathy Hochul prepares to take over.

Cuomo, bowing to pressure from sexual harassment allegations and a fast-moving impeachment process, is resigning in disgrace. His tenure will end at midnight Monday, officials have said.

When Hochul, a Buffalo Democrat, takes the reins, she’ll seek to put her own stamp on the office and set a new tone. She’ll also receive a laundry list of wishes from state legislators and advocates looking to make changes after Cuomo’s departure. Taking over the governor's office, Hochul now will have the final say over any of those proposals.

Get the Breaking News newsletter!

"The thing is she becomes governor and she immediately is facing a tsunami of demands," said Blair Horner, longtime executive director of the New York Public Interest Research Group, a good government watchdog. "No doubt, gridlock will be replaced by chaos and there will be many opportunities for both mayhem and positive improvements."

Some of the requests will push into 2022, such as changing the state’s economic development awards program or the college tuition assistance program. Some could be tackled soon after Hochul takes office.

Legislators have talked about convening a special session to address pressing issues.

This could include getting back on track the state’s efforts to legalize recreational marijuana by filling out staff and board appointments to a new Office of Cannabis Management. Cuomo, fighting for his political survival, had stalled on making appointments, which has delayed the creating of regulations, which some say might delay the actual opening of the legal marijuana market in New York.

A special session of the legislature also could address jump-starting the flow of money for two assistance programs, sources close to the issue said: Rent relief for tenants who couldn’t pay during the pandemic and unemployment benefits for "excluded workers," those who are in the country illegally and, therefore, could not collect pandemic-related unemployment benefits.

Further, lawmakers could further extend the state’s eviction moratorium, currently set to end Aug. 31. Some suggest it could be switched to Oct. 3, matching a federal moratorium.

Lawmakers also could address a U.S. Supreme Court ruling striking down part of New York’s moratorium law. The court tossed a section that allowed tenants to prevent evictions by submitting a form declaring they had experienced economic hardship because of the pandemic. The court said the law gave landlords no recourse to challenge the assertion. 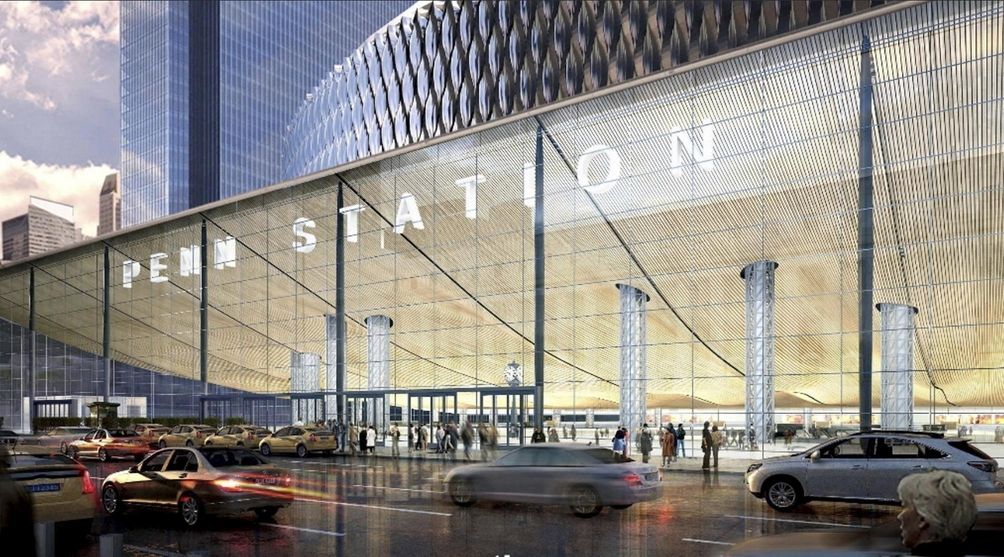 Cuomo wanted to split off the job of CEO and board chairman, but the legislature adjourned in June without approving the appointments. With Cuomo leaving, no one is pushing for it anymore, so one person will hold both jobs. The governor, in the interim, had appointed Janno Leiber as CEO and acting chair.

Longer term, Hochul appointees will replace Cuomo’s on the MTA board — and advocates want the agency to have more independence from the governor’s office.

Another Cuomo initiative some lawmakers want to undo: A $16 billion plan to overhaul the area around Penn Station, including the building of 10 new towers, a project dubbed the Empire Station Complex.

And yet another in critics’ sites: The so-called AirTrain to connect LaGuardia Airport to other transit hubs, such as the Long Island Rail Road.

Both projects already faced opposition and without Cuomo to push them forward, that could increase. Six hours after Cuomo announced he will resign, some MTA staff circulated a letter demanding the agency halt the AirTrain plan, according to media reports. That could be hard to do, some officials say, because the Federal Aviation Administration has given the project the green light.

"The inevitable end of the Cuomo administration must lead to a re-examination of his personal-pet-boondoggle development projects that will saddle New Yorkers with debt for generations, including the Empire Station Complex and LaGuardia AirTrain," Sen. Brad Hoylman (D-Manhattan) wrote on Twitter.

The idea of imposing a surcharge on cars traveling in the busiest parts of Manhattan won state approval in 2019. But it still hasn’t been implemented and new questions are being raised about more delays.

The idea is to charge for driving from 60th Street to the southern end of the borough, which is intended to reduce traffic congestion and generate billions of dollars in fees to be used to beef up mass transit.

Although Cuomo had approved the plan, he had been accused of stalling it — the proposal wasn’t playing well with suburbanites. The governor blamed the federal government for delaying final approval.

But Hochul, in a statement issued by an aide to the New York Times, didn’t exactly embrace the idea: "Lieutenant Governor Hochul has supported congestion pricing in the past, but the pace and timing is something she will need to evaluate further given the constantly changing impact of COVID-19 on commuters."

Cuomo led both the push to replace the Tappan Zee Bridge and rename it for his father, pushing lawmakers in the waning days of legislative session to brand it the Mario M. Cuomo Bridge. It opened in 2018.

Now, there’s a push to bring back the old name.

Assemb. Michael Lawler (R-Pearl River) has a bill to do so. He introduced it this year but says it has attracted more interest since Cuomo’s announced resignation.

"Let’s do the right thing, recognize the Native American and Dutch history of the Hudson Valley region, and restore decency and a neutral name to one of our state’s most iconic bridges," Lawler wrote in an recent op-ed column.

Even a former top aide to Mario Cuomo has questioned the naming of the bridge.

Howard Glaser, the elder Cuomo’s director of state operations during his first term, wrote recently that the bridge was an "act of vanity" to celebrate Andrew, not Mario, Cuomo. He said if lawmakers remove Mario’s name from the bridge, a more fitting tribute to the legacy of the late governor would be to name a university, law school or hospital for him.

Good-government groups want lawmakers to throw out the current ethics commission, which has been seen as tied closely to Cuomo, and replace it with an independent body.

Some lawmakers want to impose a two-term limit on governors.

But those ideas are for down the road.

In the short run, watchdogs said Hochul could distinguish herself from Cuomo by honoring information requests made through the Freedom of Information Law and speeding up state agency responses. The Cuomo administration was known for delaying responses on some requests for weeks and months, and then never supplying the information anyway.