The biggest stories on Long Island from the past decade

Over the last decade, Newsday has been at the forefront of coverage of stories that captured the attention of, and had an impact on, Long Islanders.

The stories ranged from the mystery of the Gilgo Beach bodies and Medford pharmacy murders, to same-sex marriage and superstorm Sandy. Many of the stories spurred changes in government policies. Some made playgrounds where illegal dumping occurred, safer for kids. Some just made us laugh and cry.

Newsday’s editors, after an intense debate, selected 20 stories from the last 10 years that were game-changers for our readers.

It started as a routine exercise in searching for a missing person, when a Suffolk police officer and his partner, a cadaver dog, found a woman’s body north of Ocean Parkway in Gilgo Beach. It would ultimately lead to the discovery of nine more sets of remains in the area. Police were possibly confronting a serial killer on loose in New York. The remains of 10 bodies found at Gilgo Beach are still part of an open investigation by police.

The Medford pharmacy murders: It was Father's Day, June 19, 2011, when a horrific crime took place at Haven Drugs pharmacy in Medford. Four people were fatally shot, and Suffolk police three days later arrested David Laffer and his wife, Melinda Brady. Laffer told police he went to the pharmacy to rob it of painkillers and other drugs for Brady.

After a frantic week of planning, Kate and Dee Smith, of Patchogue, got married at 12:14 a.m. Sunday, July 24, 2011, in an interfaith ceremony. They were among the first same-sex couples to wed on the day New York's Marriage Equality Act took effect. The couple exchanged vows with the help of a judge from Queens and a rabbi from Boston, but the biggest boost came from Kate's parents, whose presence at the wedding had been in doubt. Not only did they attend, they also played key roles in the interfaith ceremony, with Kate’s father walking her down the aisle and her mother reciting a heartfelt blessing.

The wrath of superstorm Sandy left Long Islanders with massive flooding, darkened homes, unpassable roads and loss of life. There were many tragic tales and triumphant moments on Long Island as thousands dealt with one of the worst storms in the Island’s history. Even today, the aftermath of Sandy’s impact caused gut-wrenching losses and an uneasiness among people still trying to find their new normal. Many are still struggling to recover after Sandy came in with a force that changed their lives. And others, who didn’t have a water view before the superstorm, now enjoy views from elevated houses.

Romney vs. Obama at Hofstra

It took months to plan and $3 million, but Hofstra University reprised its starring 2008 political role by becoming only the second university in recent history to host the presidential debate in two consecutive election cycles. The presidential debate featured President Barack Obama and challenger Mitt Romney. The debate created an inescapable buzz on Long Island. Marketing analysts said the publicity value of the media generated from the event exceeded $30 million. More than 6,500 students entered an online lottery for tickets to the debate. About 3,200 journalists from media outlets worldwide set up shop on the school’s ground. Hofstra, once again, had the nation’s attention. 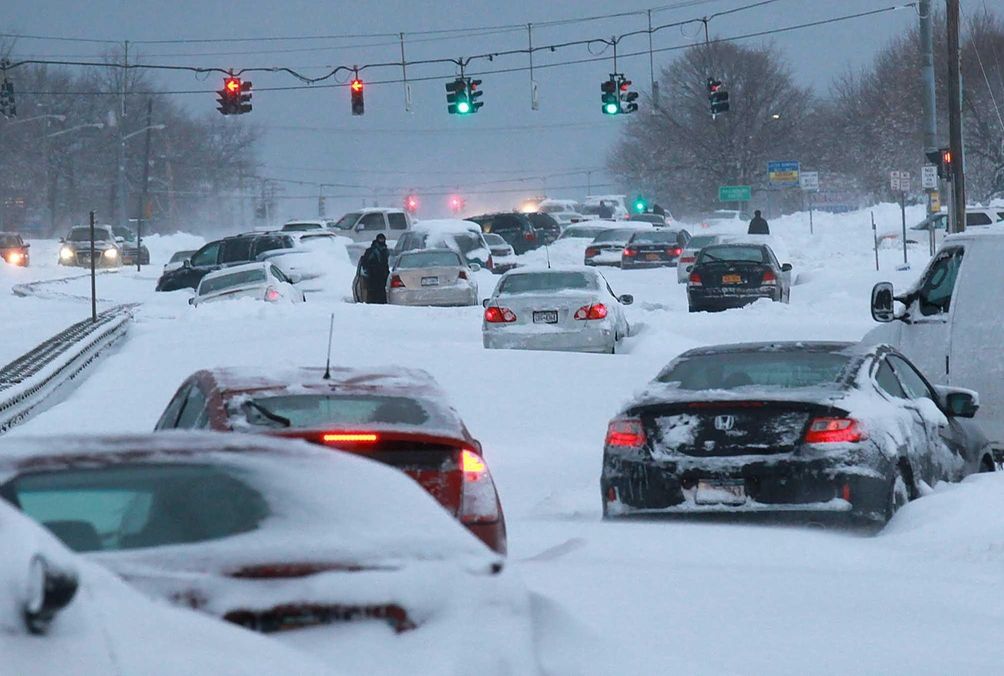 A February blizzard dumped more than 30 inches of snow in places and stranded hundreds of motorists on Long Island. The Long Island Expressway became a virtual snow-covered parking lot as the storm struck with such ferocity that hundreds ofmotorists were marooned along highways and local roads that were impassable. Air National Guard members based in Westhampton used snowmobiles and Humvees to rescue people.

Hundreds of parents in school districts across Long Island attended workshops about the standards in English and math being taught to children in kindergarten through second grade, the age group likely to go through their entire primary and secondary school experience with curricula and testing driven by the Common Core. Parents found themselves doing their own homework to help even the youngest schoolchildren understand the challenges and complexities of the Common Core. “I think a lot of frustrations with the parents are … people don’t like change,” one parent said.

Dumping at Roberto Clemente Park in Brentwood closed it for more than three years after the discovery of contaminated materials there. More than 40,000 tons of contaminated construction debris had been illegally dumped on the park’s soccer fields and in a drainage basin. A Suffolk County investigation led to the convictions of five men, including two former Islip Town employees.

He owned Oheka Castle in Huntington and was a noted political fundraiser. Gary Melius was a mover and shaker. As he arrived on the grounds of his Gold Coast estate-turned-wedding-venue, a masked gunman shot Melius in the head in the castle’s valet parking. The shooter wore a mask and a sweatshirt with the hood pulled up, police said. Video footage showed the unknown suspect fled the scene in a four-door SUV-type vehicle. Still, no arrests have been made in the shooting of Melius, who bought the estate in 1984 and made it his home.

Suffolk Police Chief James Burke, the force’s highest-ranking uniformed officer, was arrested by federal officials after a probe into police conduct stemming from a 2012 theft of the chief’s duffel bag. Arrested in the driveway of his St. James home at dawn, Burke was handcuffed and taken for booking. His arrest came in connection with the beating of handcuffed prisoner, Christopher Loeb, and then enlisting officers and others in a massive cover-up of the alleged assault. Former Suffolk District Attorney Thomas Spota, who ascended to the pinnacle of power as the county's top law enforcement official on an anti-corruption platform, joined the ranks of the felons he once prosecuted when a federal jury convicted him and an ex-top aide of concealing Burke's police brutality.

Four women attending a bachelorette party were killed when an alleged drunken driver plowed his pickup into their limo as it left a vineyard in Cutchogue, police said. The pickup plowed into the side of the black limousine about 5 p.m. at the intersection of Depot Lane and Route 48, police said. Three women died at the scene and one died at a hospital, Southold Police Chief Martin Flatley said.

Brentwood teens Nisa Mickens and Kayla Cuevas were friends at Brentwood High School when they were brutally attacked and killed. The beating death of the two girls shook the Brentwood community, friends and family. The bodies of the two girls were found in the community a short distance apart over a span of less than 24 hours. A passing motorist found Mickens, 15, and the following evening, there was another shocking discovery: the body of Cuevas, 16. Alleged members of the MS-13 gang were charged in the death of the two teenagers.

Nassau County Executive Edward Mangano, his wife, Linda, and Oyster Bay Town Supervisor John Venditto were arrested and charged with receiving “bribes and kickbacks” from a businessman who also gave Mangano’s wife a lucrative no-show job, federal authorities said. The federal corruption charges centered on a relationship involving Mangano, Venditto and restaurateur Harendra Singh, identified as a co-conspirator in the 13-count indictment. All three went on trial in 2018, with Venditto being acquitted and a mistrial being declared for the Manganos. A second trial in 2019 resulted in convicitons for the husband and wife. 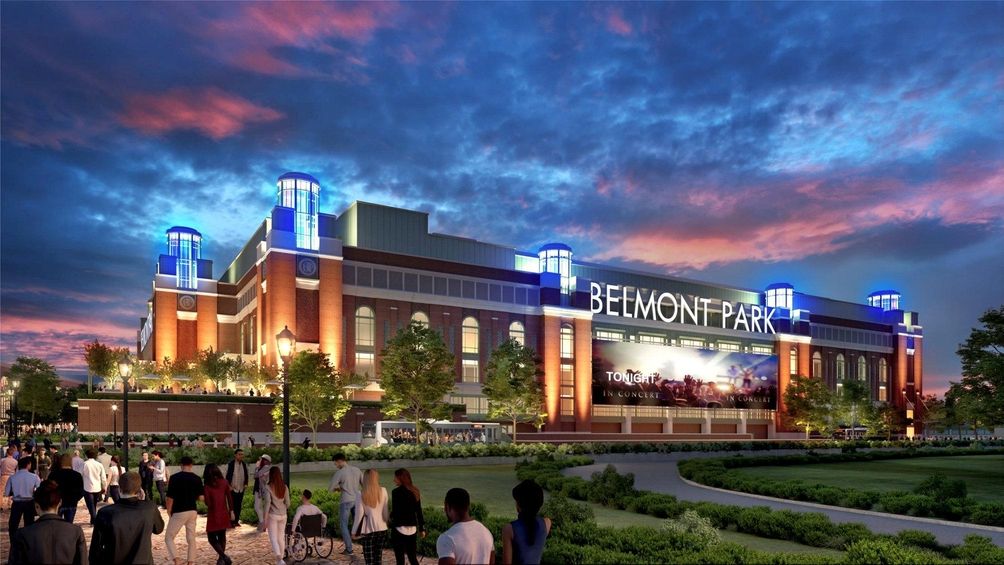 The Islanders are coming home. The New York Islanders hockey team’s proposal to build a new arena at Belmont Park in Elmont was selected as the winning bid of a development competition, the state said on Dec. 20. The Islanders’ bid included an 18,000-seat, year-round arena that would host 150 events annually as well as 435,000 square feet of space for retail, a hotel with 200 to 250 rooms and a 10,000-square-foot “innovation center” that would be developed with resident input. The proposal was selected over a professional soccer team partially owned by the Yankees. It brought the beloved Islanders back to Long Island.

The election of three women in Nassau County government and in Hempstead Town was a stunning defeat to the GOP power base on Long Island. Democrat Laura Curran was elected Nassau County executive; Laura Gillen, Hempstead Town supervisor, and Sylvia Cabana, Hempstead Town clerk. For the first time, women were sworn in as the top elected officials in four of Long Island’s 13 towns and in one of the region’s two counties. 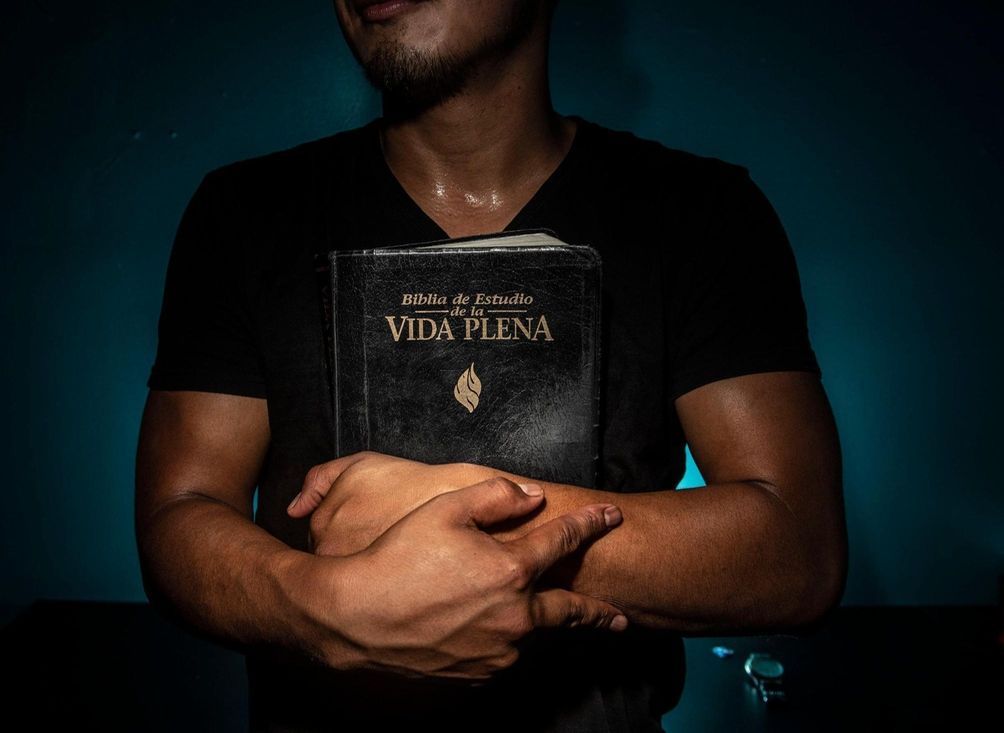 Inside the rise of MS-13

A Newsday investigative series chronicled the rise of MS-13 on Long Island and looked at the inner workings that drive its continuing influence. They first gained notice as dangerous young men prone to gratuitous violence. Then, police say, they started killing people. Schools have been used as recruiting grounds: Some teenagers join willingly, while others are intimidated. Even as police crack down on gang leadership, younger members step up to take their places. Kevin Farley, a Brentwood resident who works with the gang intelligence unit at Rikers Island, said, “You’ll never eradicate MS."

For 30 years, Dean Skelos, a Rockville Centre Republican, served in the State Legislature, becoming one of Long Island’s most influential public officials.  But in July 2018, a federal jury convicted the Long Island power broker in his retrial on charges that he used his official power to corruptly secure work for his son, Adam. In January of 2019, the once-powerful former State Senate Majority Leader and his son, began serving their four-year sentences in federal prison. Dean Skelos was one of the "three men in a room" — along with the governor and Assembly speaker — who ran New York until he was expelled from the Senate in 2015 upon his first conviction. 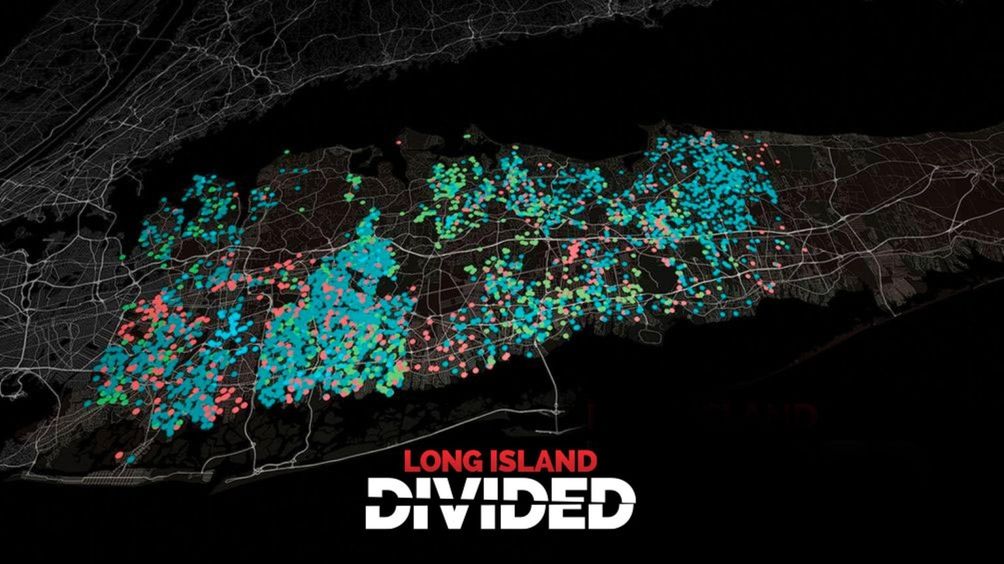 In one of the most concentrated investigations of discrimination by real estate agents in the half century since enactment of America’s landmark fair housing law, Newsday found evidence of widespread separate and unequal treatment of minority potential homebuyers and minority communities on Long Island. The three-year probe strongly indicates that house hunting in one of the nation’s most segregated suburbs poses substantial risks of discrimination, with black buyers chancing disadvantages almost half the time they enlist brokers. Additionally, the investigation reveals that Long Island’s dominant residential brokering firms help solidify racial separations. They frequently directed white customers toward areas with the highest white representations and minority buyers to more integrated neighborhoods. They also avoided business in communities with overwhelmingly minority populations.

He was a 16-year-old high school student who was fatally stabbed in a fight with other youths over a girl in an Oceanside strip mall. He was called a skilled artist by his family. He drew anime. He wrote his own music. His favored mode of transportation was his skateboard. The stabbing stunned the community. The tension was raised when the initial reports by Nassau police said 50 to 70 youths at the fight took video, rather than help Khaseen Morris. Later Nassau’s top cop, Patrick Ryder, admitted teens accused of recording the fight, rather helping the victim, was “misinterpreted.” He said only about 20 kids were watching the fatal fight, and as few as two recorded it. Tyler Flach of Lido Beach, was charged with second-degree murder in connection with the stabbing death of Morris.